Isidre Gironès, owner of the Ca l'Isidre restaurant, has been the winner of the award. The event and subsequent dinner were held at the Casa Llotja de Mar, located on the seafront in the historic center of Barcelona, ​​which is one of the most significant and splendid monuments, representing the city's economy and culture. It was built during the second half of the 14th century, the most brilliant period of Catalan Gothic. In an environment of these characteristics, the audiovisuals had to be camouflaged in order to minimize the visual impact in the room.

“The audiovisuals had to minimize the visual impact"

MD Audiovisual Services also installed two 8,000-lumen laser projectors, which projected onto the Llotja wall itself, thus avoiding the use of screens. MD also took care about the multi-camera realization and Senheiser microphones. With more than 30 years in the sector, MD offers the rental of audiovisual equipment for cultural events.
Contact us for more information!
Click here if you want to know how to minimize the visual impact in certain environments 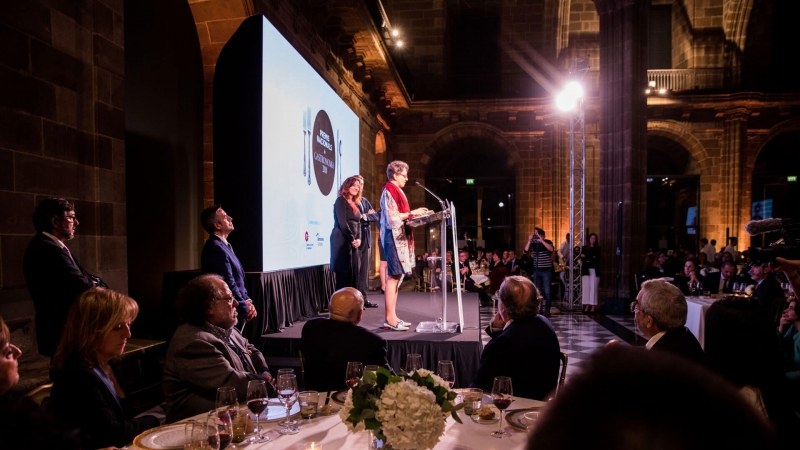