No me oyes - Nalini Malani

Nalini Malani's exhibition "No me oyes" opens at the Miró Foundation. This is a selection of works from her entire artistic career, marked by feminist thinking and the denunciation and condemnation of violence. The title "No me oyes" directly appeals to the patriarchy.

MD Audiovisual Services has installed the large-scale immersive installation set, where films, animations, Chinese shades or painted panels are projected. A total of 7 projectors of 6,000 ansi laser with 4k BrightSign and 360º sound, which will be operational during the months that the exhibition lasts. MD Audiovisual Services has multiple projectors for rent, with diferent sizes and resolutions.

Malani's works evoke the vulnerability and precariousness of human existence with a personal iconography drawn from ancient and universal mythologies.

The Indian artist is the winner of the seventh edition of the prize organized by the Joan Miró Foundation, one of the most prestigious contemporary art awards in the world. According to the Joan Miró Prize jury, Nalini Malani shares with Joan Miró the radical imagination and socio-political consciousness. 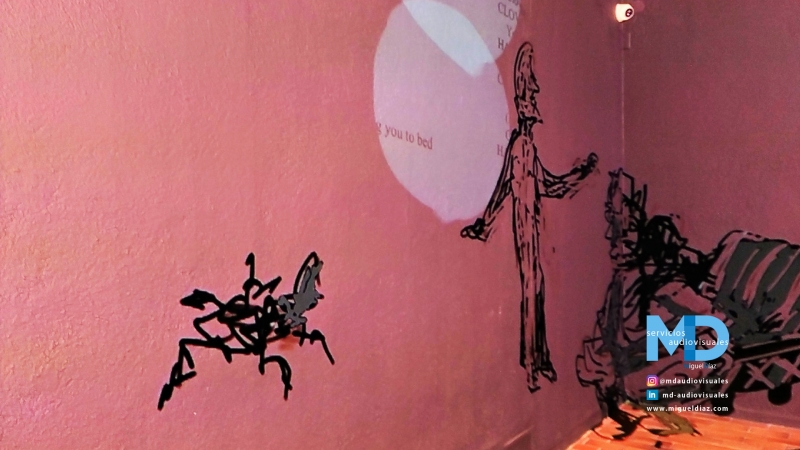